In this latest instalment of the ‘A Woman’s Place’ research series, we launch the Gender Equality Index. The modelling in the first edition of this series highlighted the fundamental role that policy and macroeconomic factors can play in boosting female labour force participation. It also underscored how important a culture of female empowerment is in spite of the fact we couldn't formally incorporate high quality proxies for it in our modelling. Using these insights, we have created an index that scores and ranks 29 OECD countries on gender equality in terms of macro fundamentals, policy and empowerment.

The purpose of this index is to provide investors with a tool to understand the relative strengths and weaknesses of countries across different gender equality metrics, to better inform understanding of the S in ESG and create opportunities to tilt portfolios towards countries with better gender equality scores. We believe that improving gender equality is fundamental to addressing long term social and economic challenges associated with aging populations and low potential growth rates. This index allows us to identify countries that are well set up to face these challenges and those that are lagging, and track changes to the gender equality environment along key indicators fundamental to long term potential growth and, thus, market outcomes.

The Gender Equality Index scores 29 OECD countries between 0-100 and scores are available back to 2004 (see Chart 1). We have chosen to focus on developed markets for three main reasons. The first is data availability – even within developed markets, data availability is a challenge and this is even more so the case for emerging markets. If we had attempted to include emerging economies in this index we would have been left with a much smaller number of comparative indicators. Secondly, our empirical modelling utilised OECD countries and the results from that modelling influenced the data we chose to include. And finally, emerging market countries often have very different challenges regarding gender equality and therefore our index would reflect a clear development bias. We hope to create a more global index in time and subject to investor demand. In the meantime, the macro ESG index we developed as part of our Social Capitalism research project includes a gender equality variable that can be used to facilitate comparisons across DM and EM countries alike, including in a development-adjusted form.

The index is made up of three major pillars:

The most notable exclusion from the index is gender pay gap data. To our knowledge, high quality, consistent data over our specified time period (2004 – 2020) and the countries included in our index is not available. This is a very clear gap in the data and we hope in the coming years that better data will further improve this index.

Unsurprisingly, the top performers in the GEI are Scandinavian countries (see Chart 2). For Sweden in the top spot, a combination of strong gender policies, like special incentives for men to take paternity leave, a culture of gender equality in work, politics and society, and solid female participation in the workforce make for a powerful combination. Our A Woman’s Place research proposed that strong D&I policies combined with a culture of empowerment and equality should be a potent combination to boost female representation in the macro space. At the top of our index, we see this virtuous cycle in action.

That being said there is still plenty of room for improvement even at the top. In spite of coming in second and third place, Denmark and Norway’s rankings are relatively weak on policy, coming in at 16th and 12th respectively. Denmark scores particularly poorly on paternity leave (34/100) where its policy does not match up to its Scandinavian neighbours that specifically allocate generous leave for men. Denmark does have a 52 week parental leave policy but fathers are only explicitly entitled to 2 weeks. While they can share 32 additional weeks, the OECD measure of parental leave we use assumes women take remaining leave – an assumption that often plays out in reality. Meanwhile, Norway scores poorly for its less generous tax policy on single earners (20/100) and rigid temporary employment protections (21/100), which could both limit opportunities for single mothers. Even Sweden, which tops our index, could improve on some sub indicators such as tax on single earners (15/100) and the unemployment gender gap (38/100).

This contrasts strongly with countries at the bottom of the table. Japan, Italy and the US are the worst performing countries in our index. Notably, each of the three is weak on one pillar in particular. Japan is marked down for weak empowerment scores; Italy has very weak macro scores; and the US has weak policy scores (read on for case studies on Japan and the US).

These results highlight an advantage of this index is not only being able to rank and score countries for overall gender equality but we can also identify where countries’ weaknesses and strengths are. It also clearly shows that all countries still have much room to improve when to comes to gender inequality.

What a difference a decade makes

When we look at the changes to scores over the past ten years, a few interesting trends emerge (see Chart 3). Firstly, macro stands out as an area where most countries have improved. This is likely reflecting the benefits of post-crisis recovery in labour markets, as well as and related to, improvements in female representation over this period. Also, our previously published empirical modelling flagged that countries with better policies have better labour force participation rates. So with better policies coming in, improvements in labour force participation likely boosted overall macro scores.

Empowerment is much more of a mixed story over the past ten years. For Finland, empowerment scores have been the main driver of improvements in overall GEI performance in that period thanks to significant improvements in state job and business opportunities for women. However, a number of Eastern European countries have seen their empowerment scores decline since 2010. Slovenia stands out for the largest drop in empowerment. However, these weaker scores only actually came about in 2020, with a sharp fall in state job and business opportunities, which may be reflecting a temporary impact from the Covid pandemic. For Poland and Czechia, declines reflect weaker scores in the empowerment index, which measures women’s civil liberties and decision making power. While Czechia’s scores only fell in 2019 and 2020, Poland’s scores have dropped every year since 2015.

US in focus: Macro strength in spite of weak policy?

One of the striking elements of our index is that fact that the US comes in 4th for the macro pillar of our index while languishing at 29th and 24th for policy and empowerment respectively. But our empirical modelling in the A Woman’s’ Place summary paper suggested that weaker policies are associated with weaker labour force participation. So what gives?

Firstly, our macro score includes the gender gap in labour force participation and the level of female labour force participation but these are only two of six macro indicators. Visualising the contributions of all six indicators to the macro score reveals interesting further insights (see Chart 4). If we look across the macro components, the contribution from education and self-employment in the US is higher than the top ranking countries in our macro pillar. Education is particularly strong in the US where it ranks 2nd only to Ireland.

Aside from these two indicators, the opposite can be said for actual labour market outcomes. The US scores much lower than top macro performers on female labour force participation levels, the participation gender gap and the unemployment gender gap. This combination of strong female education outcomes but weaker labour force outcomes highlights the significant potential for the US to improve its macro performance if it were able to shift its policy settings towards the highest performers in our index.

Chart 5: Changes in male and female participation in the US and Sweden

In our first deep dive of the AWP series focusing on paternity leave, we looked at Japan as an example of a country where progressive policies do not directly translate into a more equal society, which we suspected was due to the role of culture, which we couldn’t capture in our original empirical model.

Japan ranks 4th in our policy pillar, driven by far higher paternity leave scores than almost all other countries in the index on paternity leave (just pipped to the post for first place by South Korea). This is no surprise given that Japan has a generous paternity leave policy compared to most other developed nations at 52 weeks of leave, two-thirds of it at full pay (see Chart 6) and our original model suggests that this should be contributing to women’s labour force participation. However, it is still the exception in Japan rather than the norm for men to take their entitled leave, if at all. So overall uptake remains very low in spite of rises in recent years (see Chart 7).

Chart 7:Uptake of leave by men in Japan

This is inherently linked to the culture of presenteeism in the Japanese labour force and the fact that Japanese women experience far higher levels of guilt for missing duties in the home because of their work than do men – termed the ‘guilt gap’. In fact, women in Japan spend an average of just over 2 hours on housework every day compared to men’s 20 minutes, this excludes the caring for dependents but women also bear a higher burden in this aspect of household management (see Chart 8).

We would have liked to include parental leave uptake as an indicator in our index but data was not widely available for OECD countries. That said, uptake issues hint at the idea of a culture of inequality, which we can incorporate in the index through the empowerment pillar. Including female empowerment in the index has a profound impact on Japan’s overall ranking: if the index only scored countries on macro and policy, Japan would come in 9th in our index. Including this key culture component relegates it to the bottom spot in our index from 9th (see Chart 9).

You can type your text directly in the editor or paste it from a Word Doc, PDF, Excel etc.

The visual editor on the right and the source editor on the left are linked together and the changes are reflected in the other one as you type!

This is a table you can experiment with. 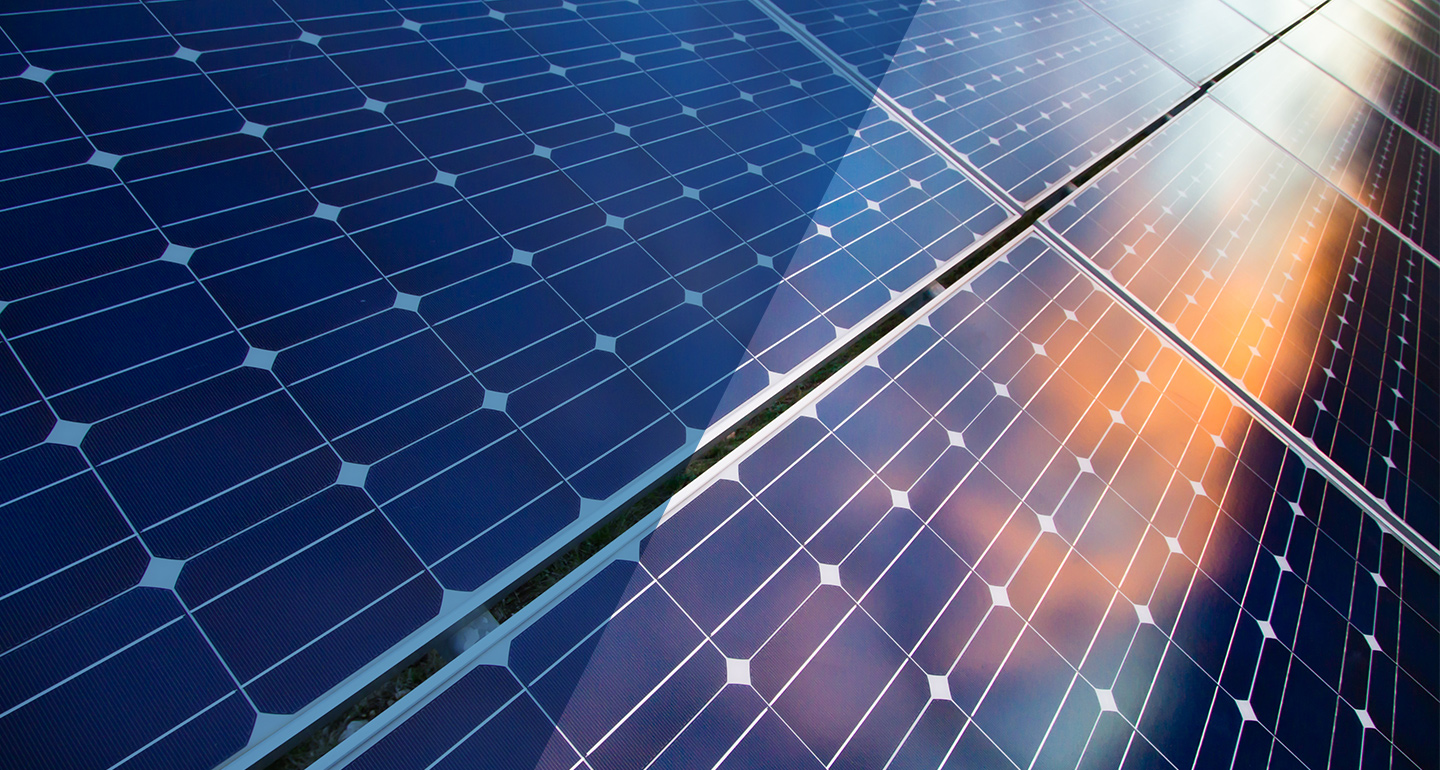