We’ve just exited one of the most extraordinary years in economic and market history. 2021 is set to be a better year for the global economy, but no less interesting for it, yielding opportunities for investors willing to be selective.

The past 12 months have been dominated by the worst pandemic since Spanish Flu gripped the world 100 years ago. As expected, measures taken by global governments to contain the spread of the virus put a sharp brake on the global economy. Global GDP contracted more in 2020 than in any year since the Great Depression. Yet, swift policy responses, a rapid easing of restrictions last summer (albeit premature in many places) and innovations in the face of the pandemic, left us better-placed than many had earlier feared. That was especially the case in China, where by the end of the year the economy was already operating above its pre-COVID trend path.

In equity markets, a bear market transformed into a bull market in the space of a few weeks. Investors at first reacted to the economic implications of the virus. Then, seeing the extent of the monetary and fiscal support being delivered, they regained confidence. And, finally, the potential for vaccine deployment to generate a more sustained recovery provided a further boost.

We also saw some peculiar market phenomena during the year. Not least of these was the oil price turning negative in April, as the collapse in oil demand left oil owners willing to pay to rid themselves of their excess stocks.

Looking beyond the difficult northern winter

From an economic perspective, our forecasts imply another extraordinary year as global growth continues to bounce back from the depths of 2020. Global growth is set to stall in the first quarter of 2021. This reflects the ravages of the pandemic amid the arrival of new, more transmissible strains of the virus. This has forced the return of lockdowns in many advanced economies, including some, like Japan, that avoided the harshest restrictions first time around. Growth in China and other large emerging economies will also moderate, though not to the same extent.

Haver, National Sources and Aberdeen Standard Investments as of Q4 2020

However, continued large-scale central bank and government support, and the rolling out of vaccines across the world, set the scene for a historically rapid rebound from the second quarter onwards. Nowhere are those forces better exemplified than in the US. We have just seen one of the most turbulent periods in political history over the past few months (some might say the past four years). However, we emerge from it, (following victories in the two Georgia run-off elections for the Senate), with Democrats in control of the US Presidency and Congress.

The razor-thin majority in the Senate will constrain parts of President Biden’s legislative agenda. Nevertheless, our US fiscal policy expectations now point to the largest peace-time stimulus programme in history. We are factoring in at least an extra $1 trillion Covid relief package in the short term (on top of the $900 billion bill passed late last year), and a $500 billion to $1 trillion broader fiscal package over subsequent years, with risks to the upside. This leaves us expecting around 10% growth in US GDP over the next two years, and a return of the economy to its pre-Covid trend.

The best news of this year so far has been that the vaccine rollout has begun. The early pace of rollout has fallen short of government promises in most economies. Take-up willingness is worryingly low in much of continental Europe and parts of the US. Emerging markets other than China, Russia and India are yet to secure meaningful quantities of vaccine. Nevertheless, we still expect vaccines to allow a meaningful easing in restrictions before the summer, although easing will initially have to be cautious while more contagious variants of the virus are still circulating.

In this environment, monetary policy is likely to remain highly accommodative, albeit there is little in the way of additional ‘big-bang’ stimulus factored into our forecasts. Importantly, we expect the US Federal Reserve to taper its asset purchases in 2022, as fiscal stimulus drives demand higher and unemployment lower. That date is near enough for investors to start focusing on this area of policy a little more closely.

In contrast, we expect Chinese policy to become less accommodative as the outperformance of the domestic economy justifies some scaling back of support. Importantly though, we are not expecting Chinese financial conditions to become unduly restrictive or a significant drag on the global economy.

Turning to inflation, the initial implications of the crisis were disinflationary, as oil and other commodity prices swooned, and prices growth dropped in the economy’s hard-hit service sectors. Some of those forces are now reversing, as energy and other base effects wash out of the numbers and surging non-oil commodity prices work their way through the system. This will produce inflation prints that may make investors nervous.

However, we expect these effects to be short-lived and the crisis to prove disinflationary over the longer term. The global economy has enormous spare capacity, which will take time to erode. At the same time, inflation expectations are low and well-anchored. Also, central banks have plenty of room to contain inflation if needed. There’s been much speculation about ‘policy regime change’ driving inflation higher. However, the timidity of central bank framework reviews and reactivity of fiscal policy – especially outside the US - are not pointing in that direction.

Risk assets have not run out of runway

The mix of fiscal and monetary stimulus, the prospect of efficacious and widely available vaccines, the (related) cyclical pick-up in the global economy and better-than-expected performance by the corporate sector have supported risk assets. The House View model portfolio benefitted from this and continues to be risk-facing as we enter 2021.

As regards equities, we exited 2020 not only with strong equity markets but, importantly, with a change in the sectoral leadership within markets. Sectors that had lagged the market (in some cases for years) took up leadership, as investors started to see light at the end of the pandemic tunnel and further fiscal stimulus was anticipated and seen. Hence, sectors such as technology and healthcare, which had prospered last year, gave way to airlines and leisure companies, which were hardest hit by the economic fallout from the virus.

Similarly, oil and mining companies’ share prices picked up as investors started to show more optimism on prospects for a cyclical rebound. Some of these were further boosted by greener policies and investment spending. We continue to believe that an overweight position in equities remains appropriate, but with the model portfolio balanced between the more cyclical areas of the market and those areas with more secular growth.

As regards bond markets, we see little value in either government bond markets or investment-grade corporate bonds. These markets have benefitted from a bond-friendly economic environment and central bank buying. While these factors to varying degrees remain in place, we expect meagre returns from here. We do see a little more value in areas such as high-yield corporate bonds and emerging market debt. However, these markets have also done well, and selectivity is key.

The House View model portfolio does also have a small overweight position in global inflation-linked bonds. Our central case is that the global economy will continue to operate within the low-inflation paradigm that’s been in place since the global financial crisis. However, the ‘tails’ of the long-term probability distribution have become fatter since the Covid crisis began. With at least two years of above-trend economic growth anticipated, we believe there may be periods when investors become more worried about rising inflation. Therefore, we regard protection against this outcome as appropriate.

In real estate, the House View model portfolio has reflected caution for some time and remains underweight. In this market, selectivity also remains important, with sectors like retail still suffering, while those such as logistics continue to prosper. The pandemic has also thrown up many longer-term questions for large areas of real estate - such as offices - leaving an uncertain outlook even when the virus is eventually behind us. It’s encouraging that we’re starting to see more transactions in the market, giving a clearing price (albeit not a price sellers may relish) for some of the more challenged areas of the market. This ‘straw in the wind’ may suggest value is starting to appear.

And so, for careful investors willing and able to take advantage of the shifting composition of global activity and corporate earnings, 2021 should be seen as a year of opportunity. Nevertheless, it’s also worth noting there are very wide confidence intervals around our central economic forecasts. All our predictions are very dependent on the path of a virus that has, to put it mildly, been difficult to forecast.

It’s also worth bearing in mind that many of the questions we asked ourselves before Covid-19 (and ones that we have discussed in previous editions of Global Outlook) remain open. Examples include: the path of globalisation, the rise or otherwise of populism, the role of the state, the path of monetary policy, and whether inflation really will remain tamed. All of this should make investors suspicious of those that peddle certainty. So, there are reasons for economic and market optimism. But the accompanying uncertainties argue for balanced portfolios that can cope with the central case we expect but that can also navigate some of the ‘fatter tails’ that may arise. 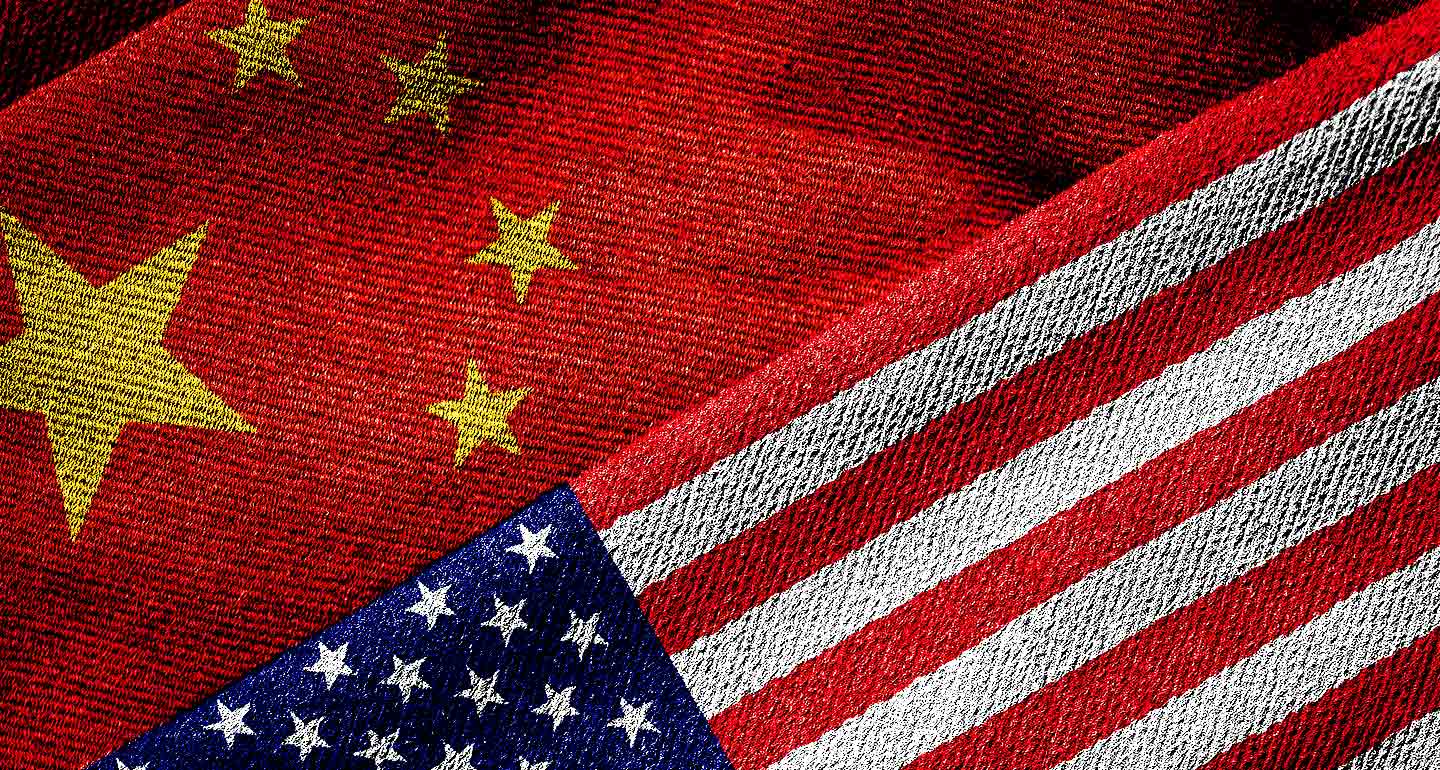 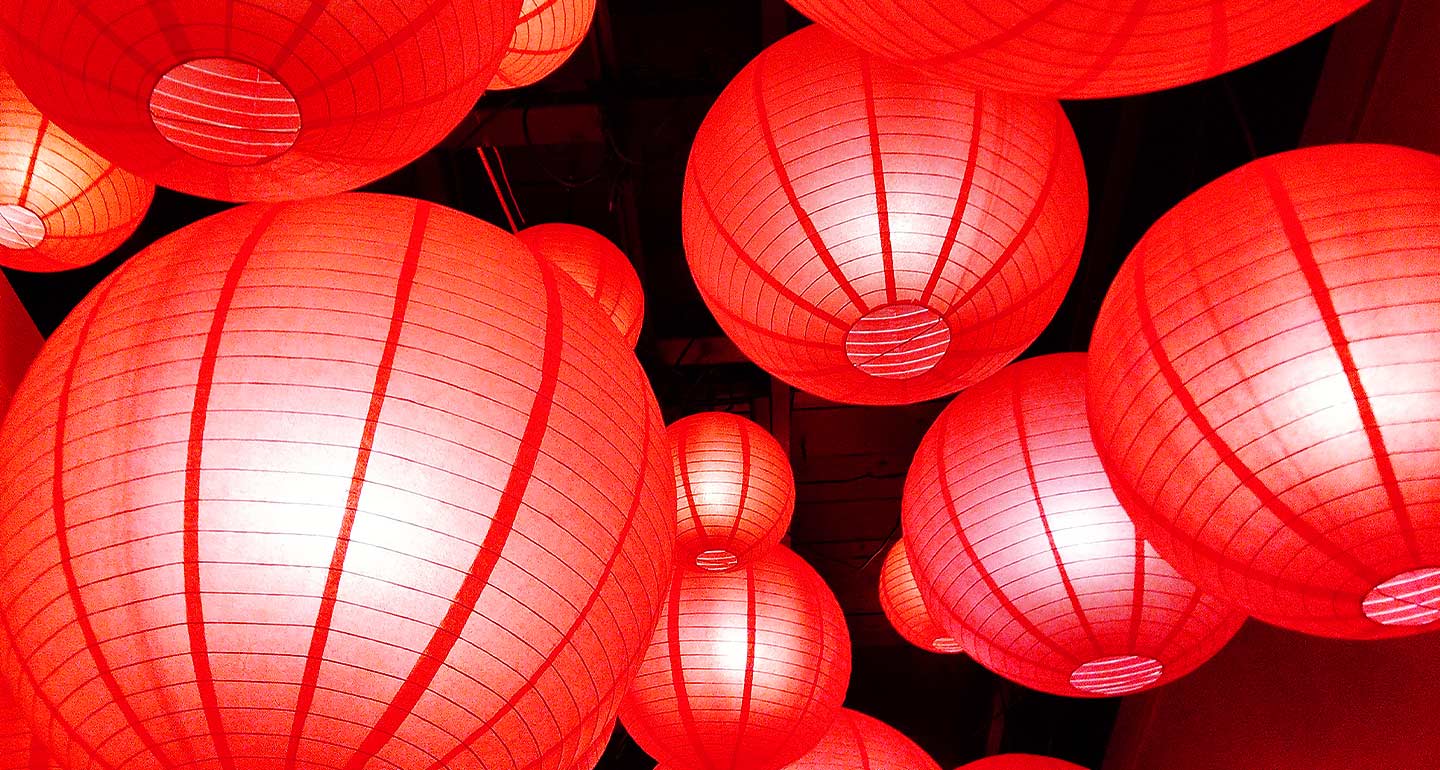 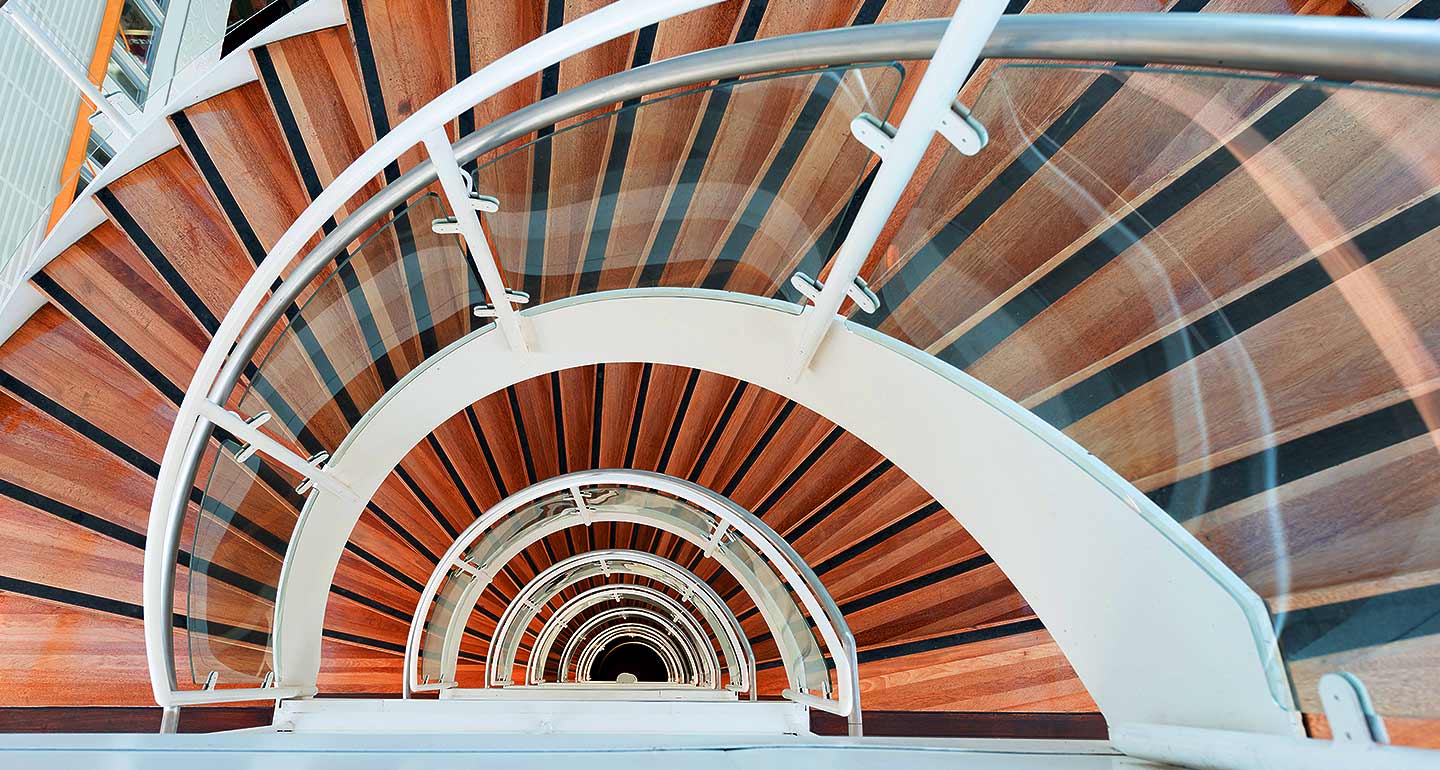 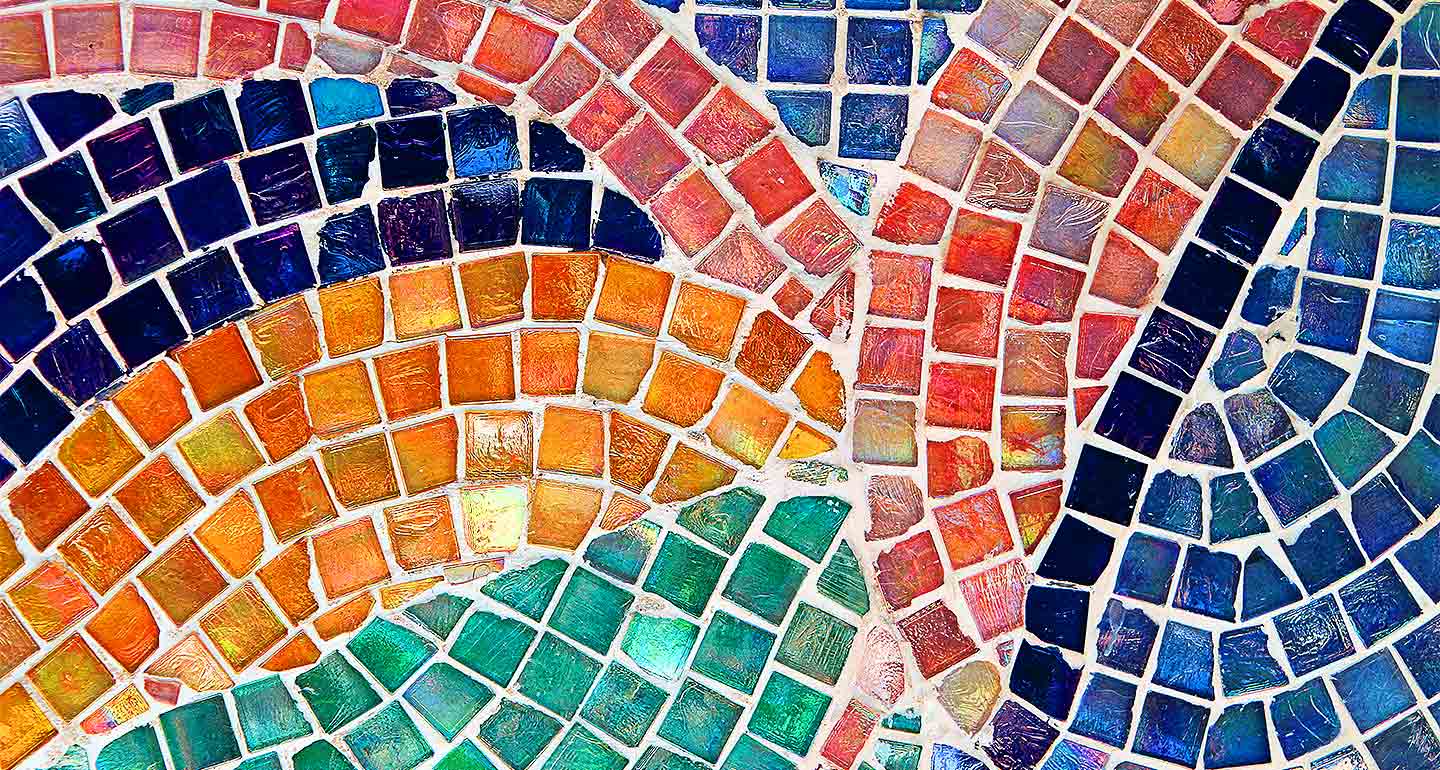 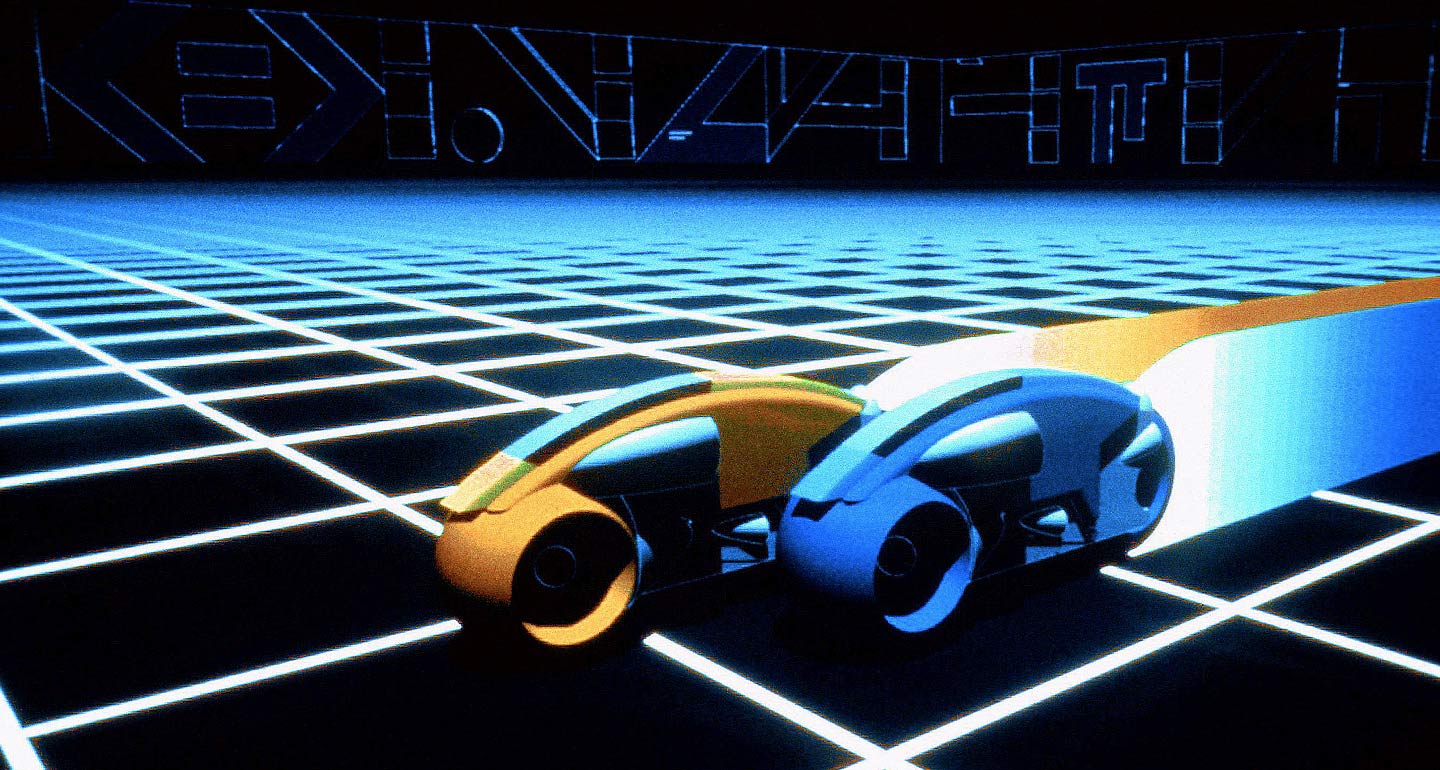 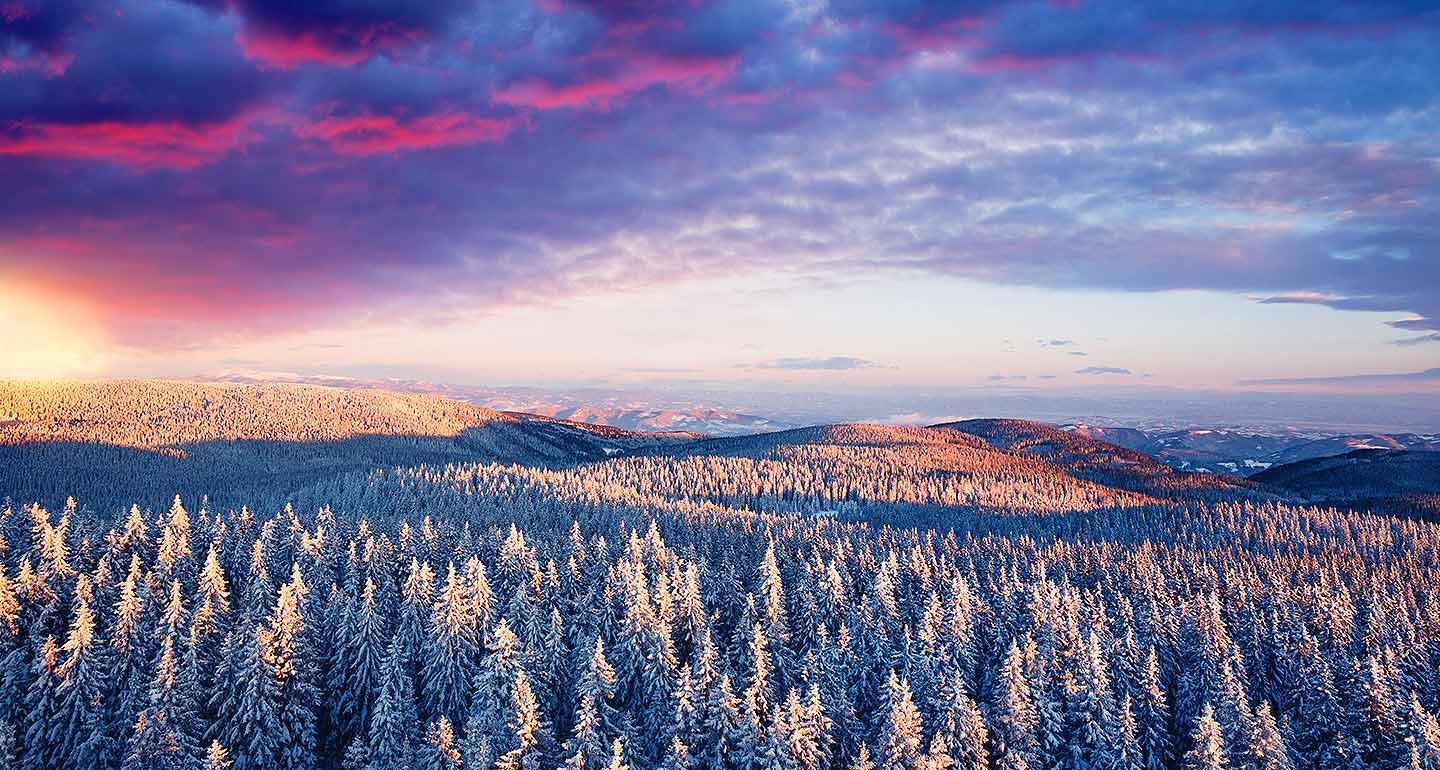